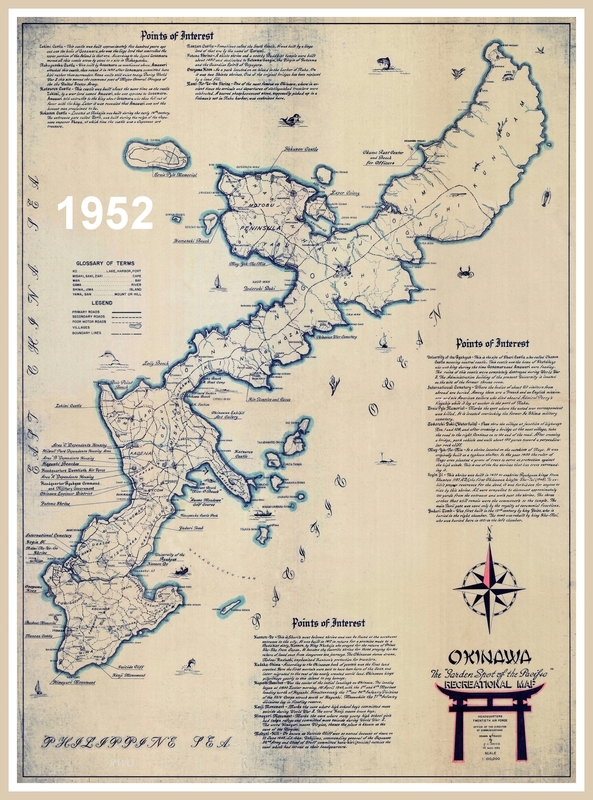 The map looks dark because it is dark. It's a 63-year-old, aging blueprint, issued as intended by the U.S. Air Force on Okinawa.

Drawn and embellished by F. C. JAVIER (see inside the Torii Gate at the lower-right corner) this old map is a wonder to behold.

Lettered completely by hand, it contains a wealth of information on early place names (some in the Okinawan Language), road conditions, military sites, and "Points of Interest" that were considered important at that time.

The numerous little artistic embellishments scattered around on land and sea ( I count at least two dozen) clearly show the Cartographer had a creative bent, and really had his heart in capturing the island for the military folks who were stationed there. 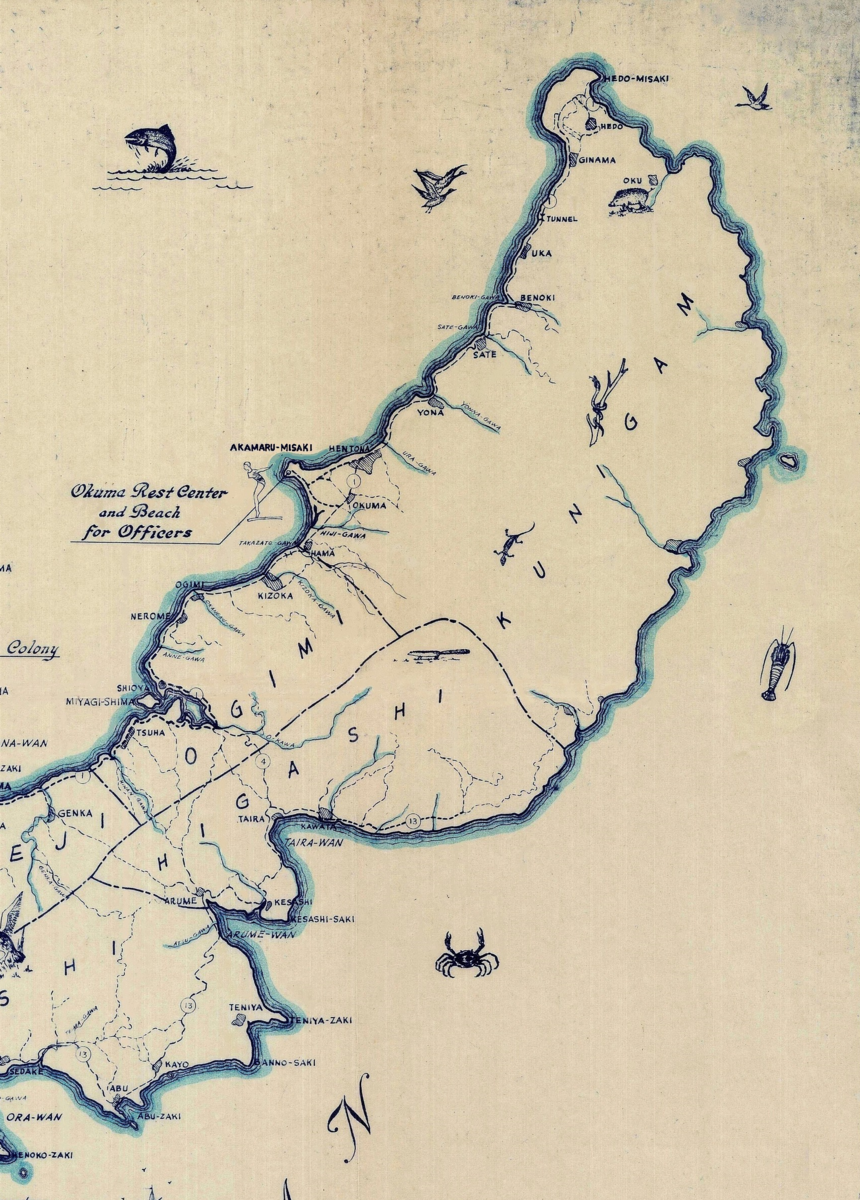 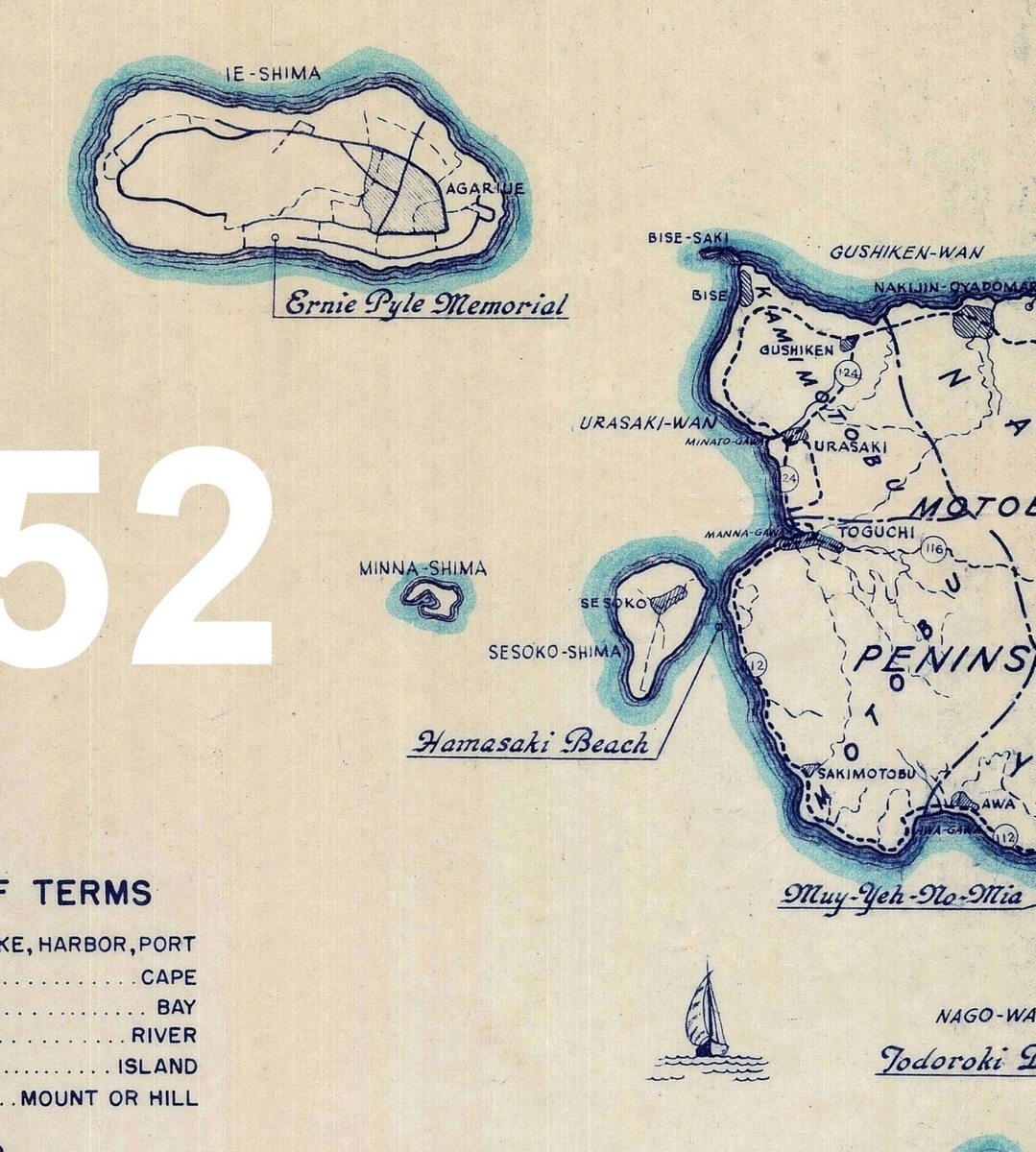 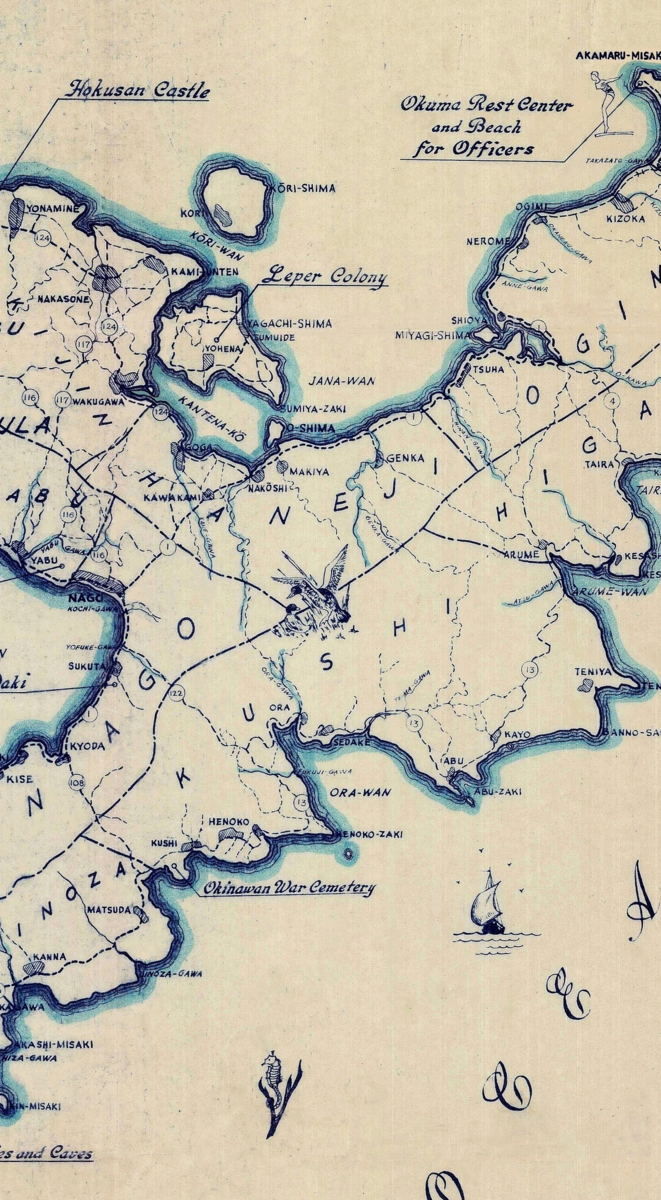 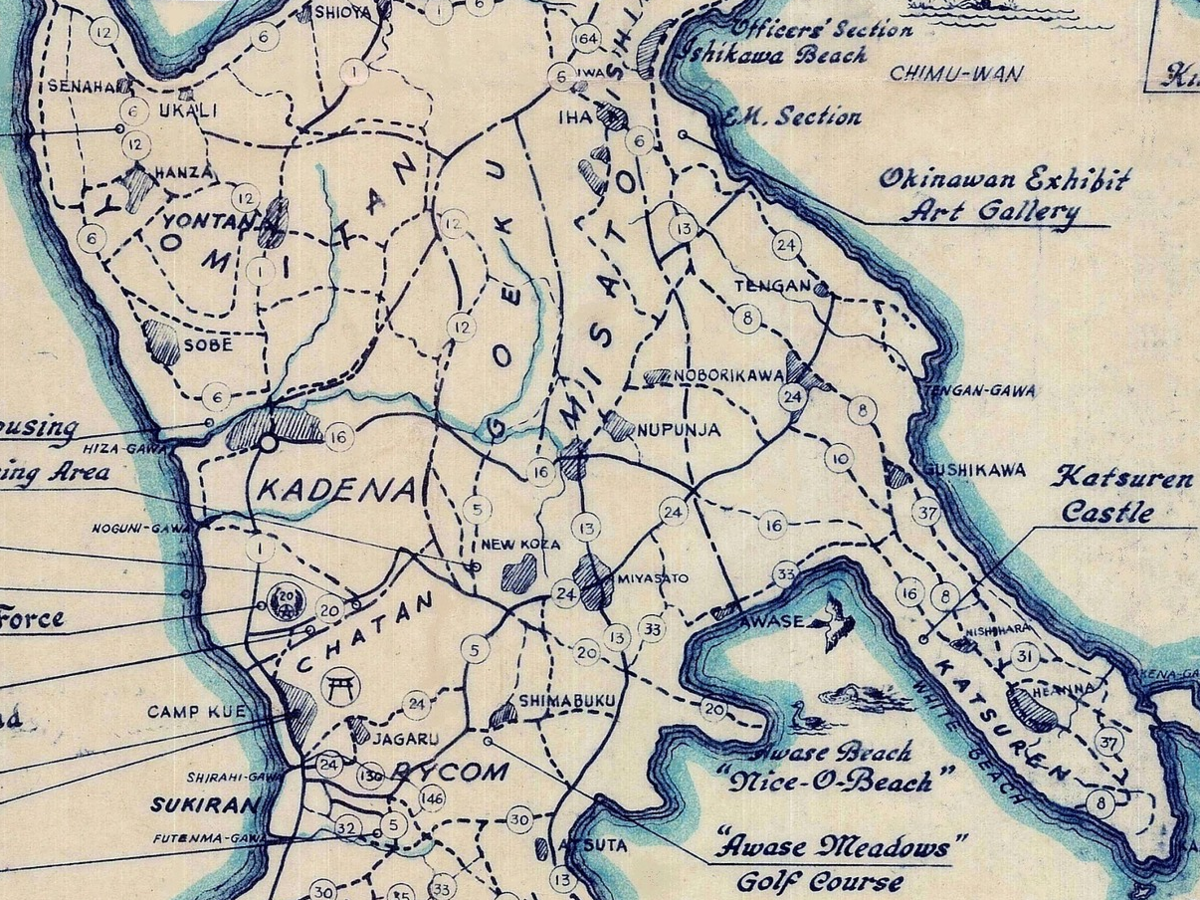 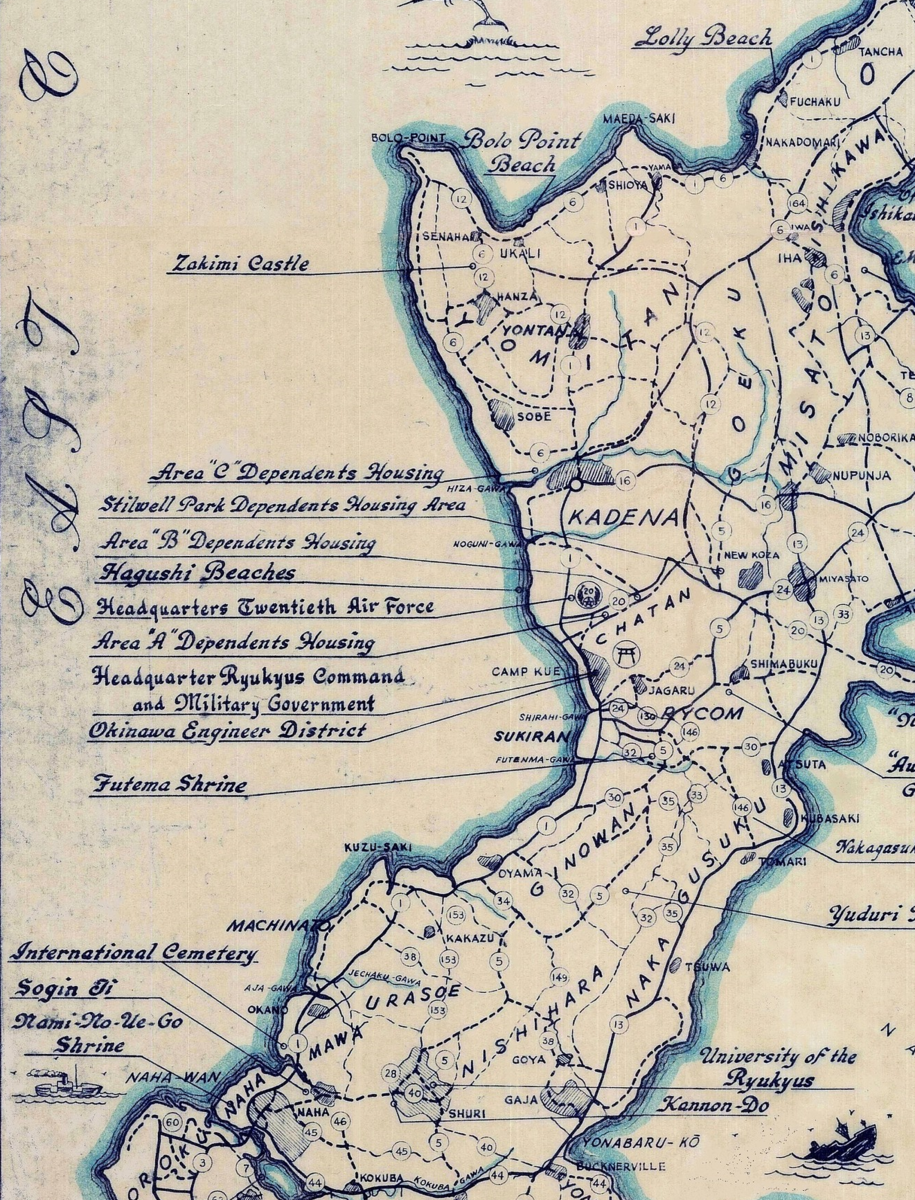 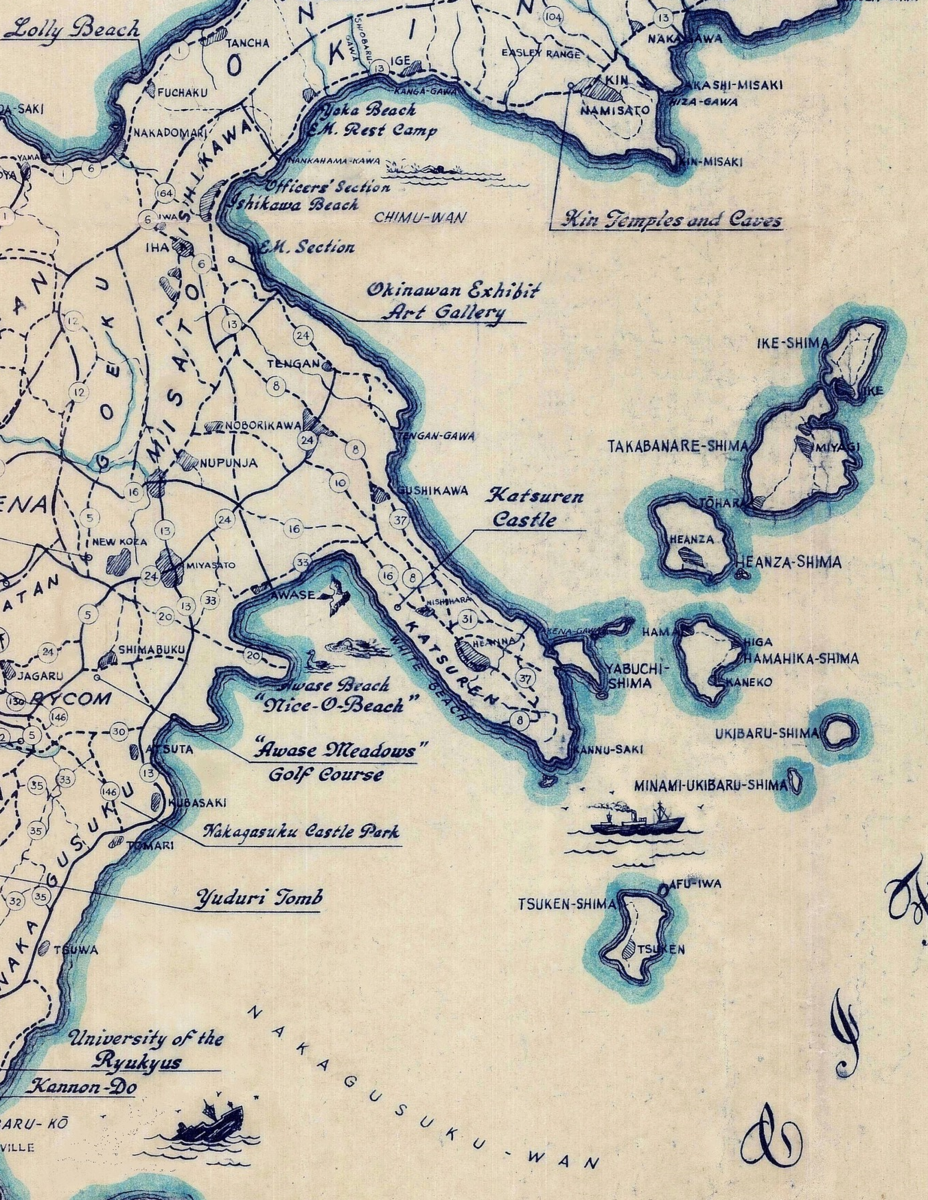 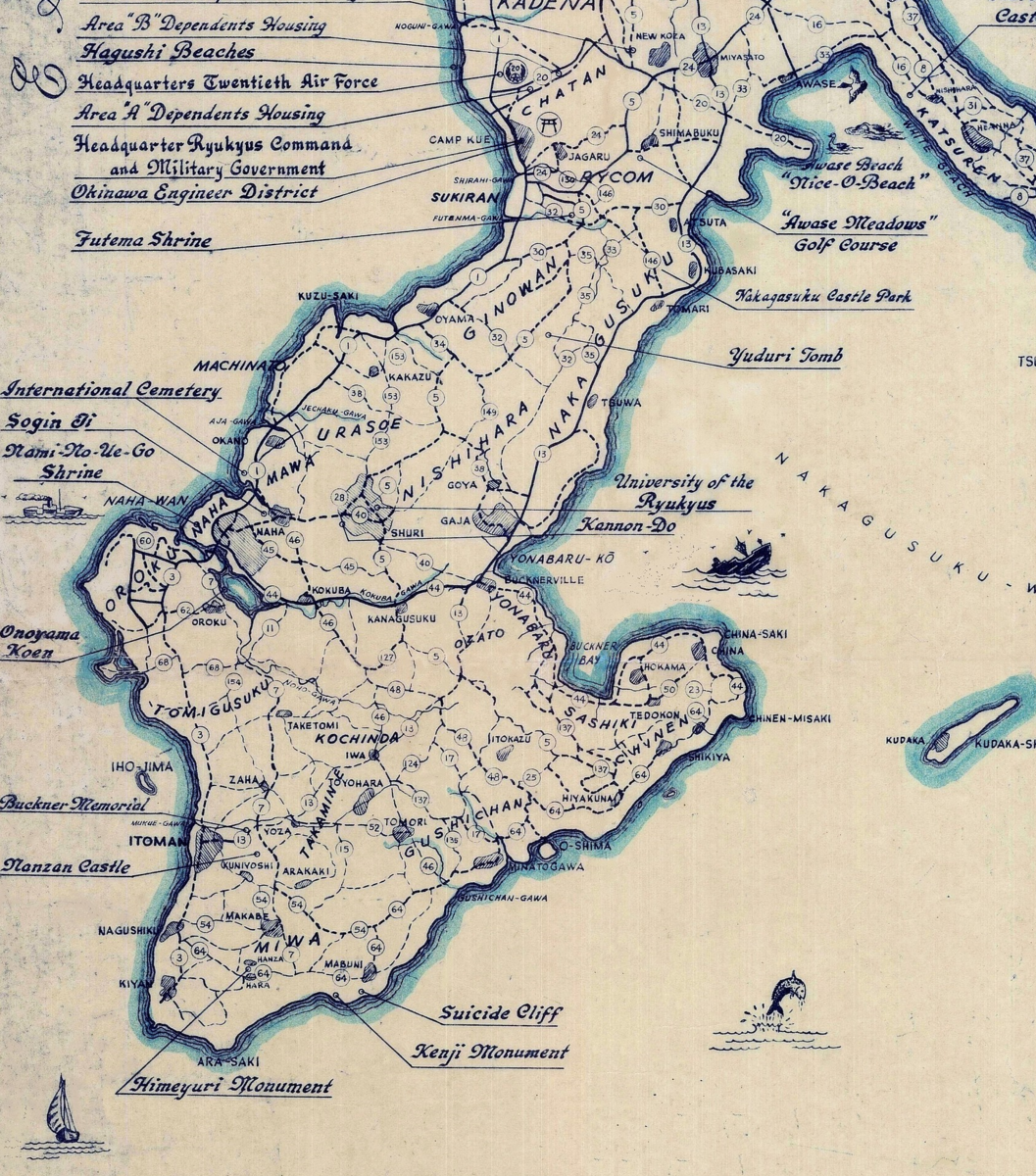 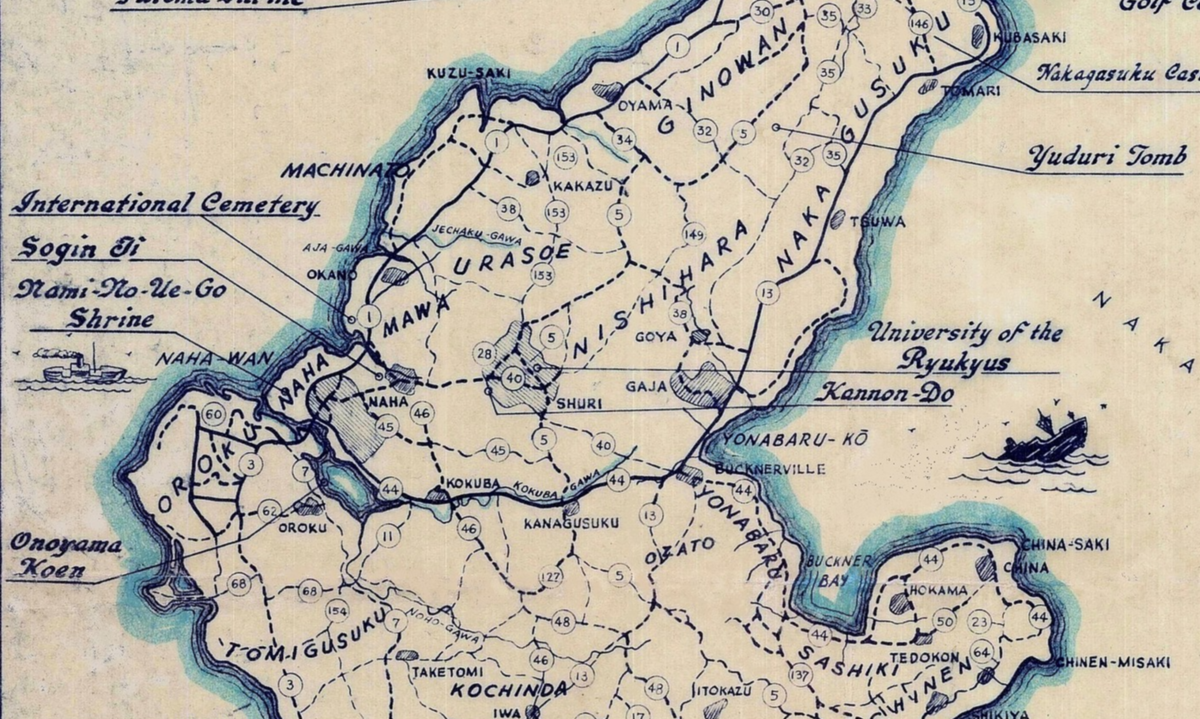 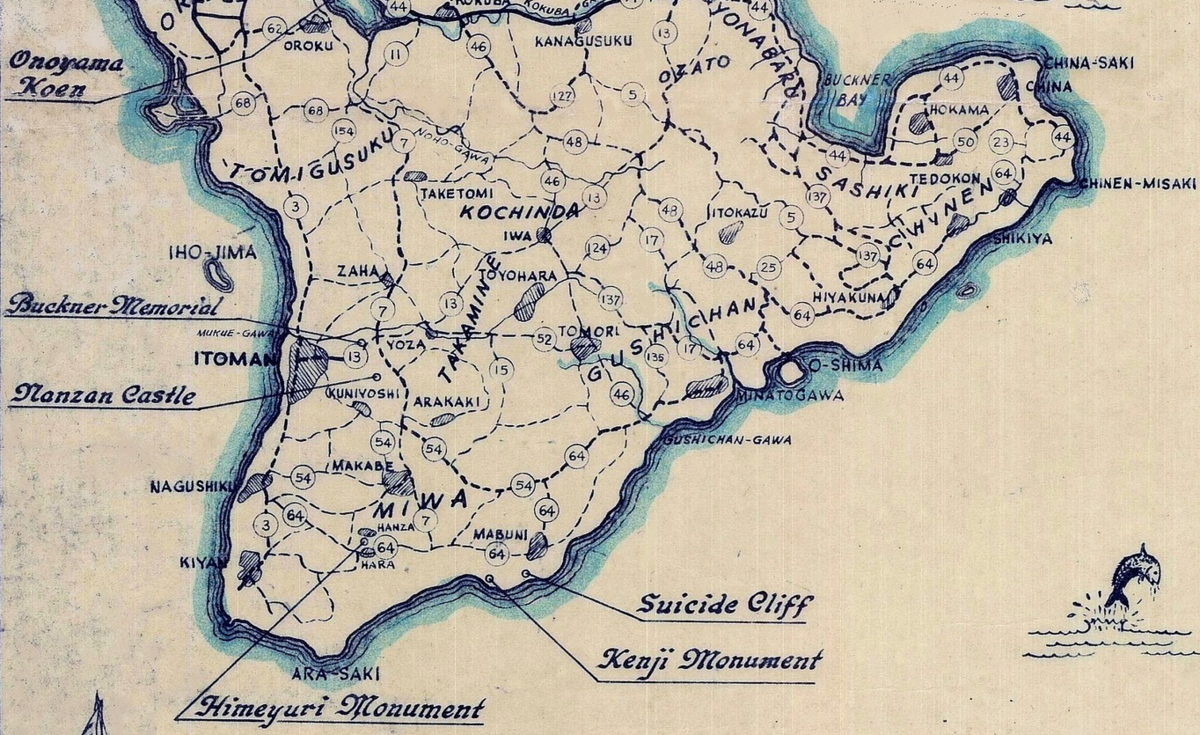 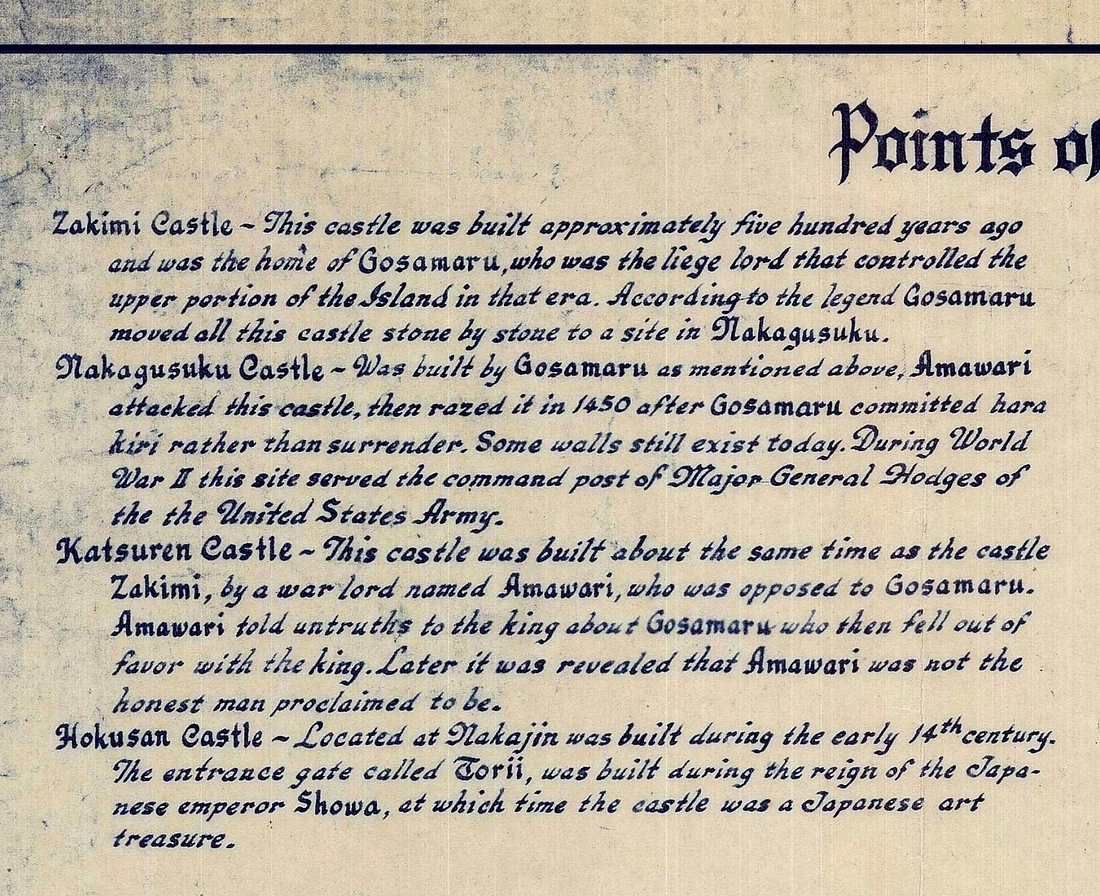 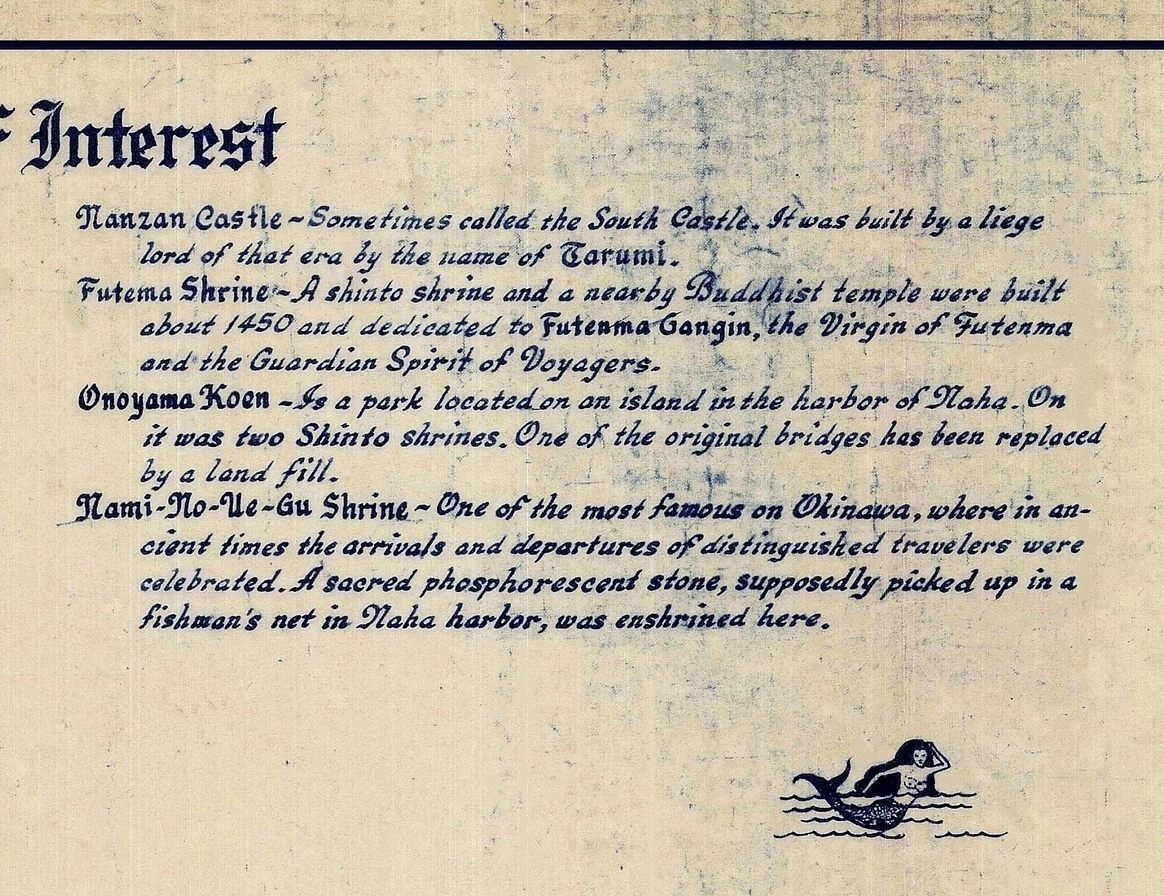 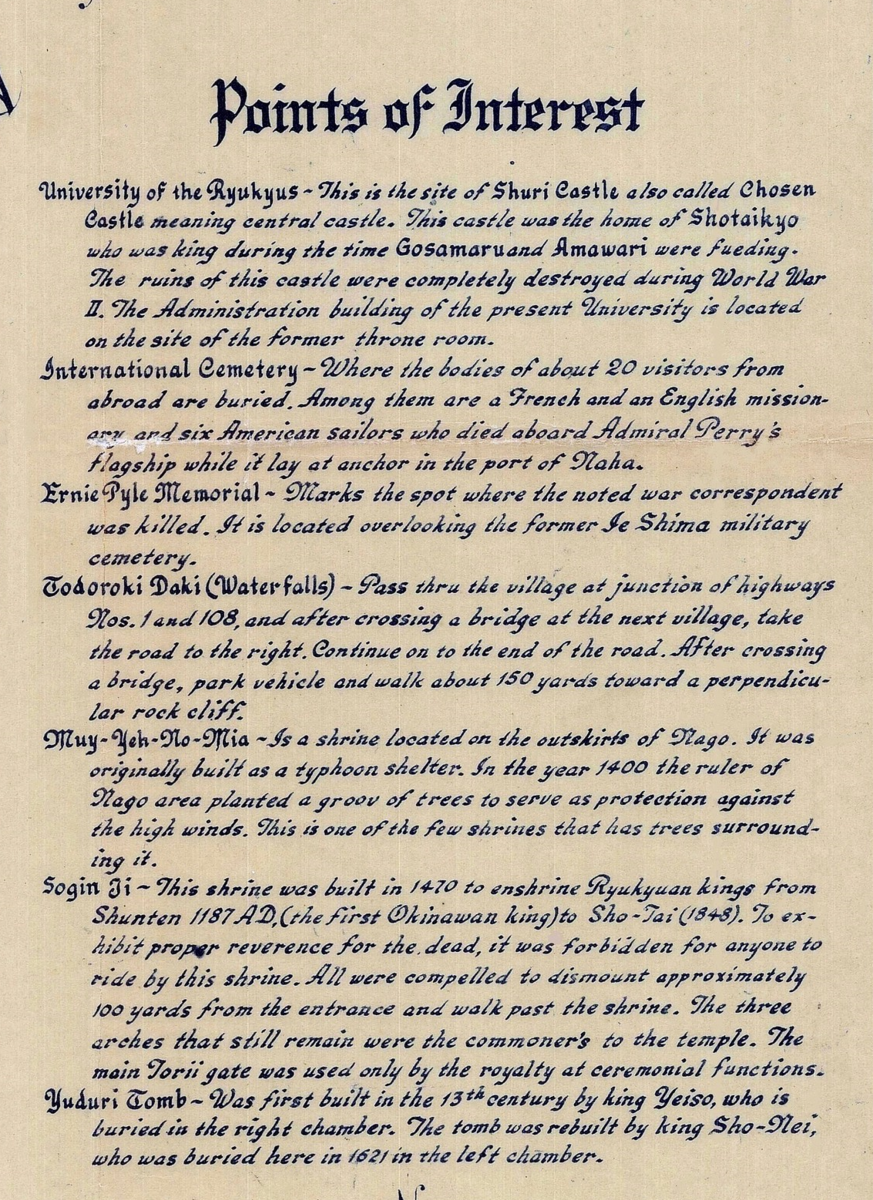 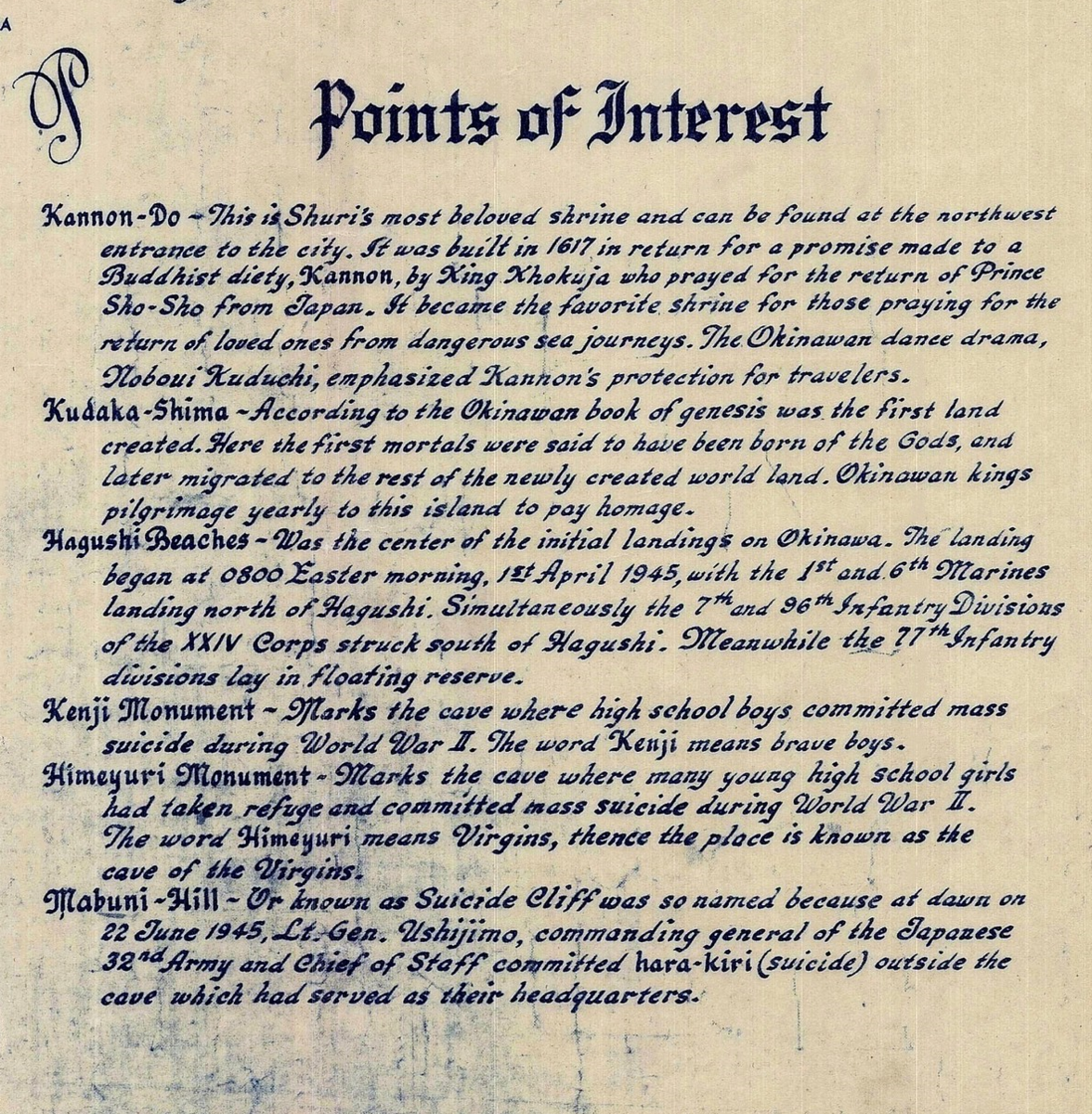 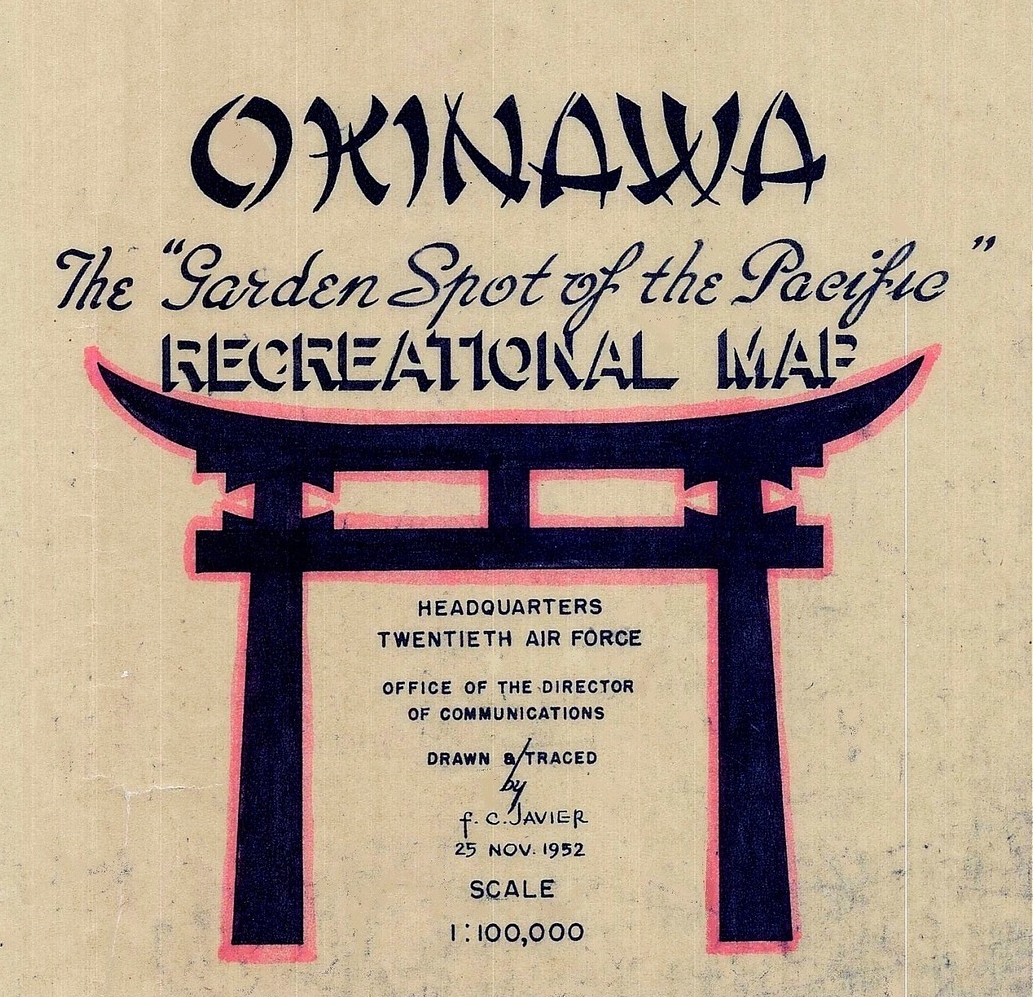